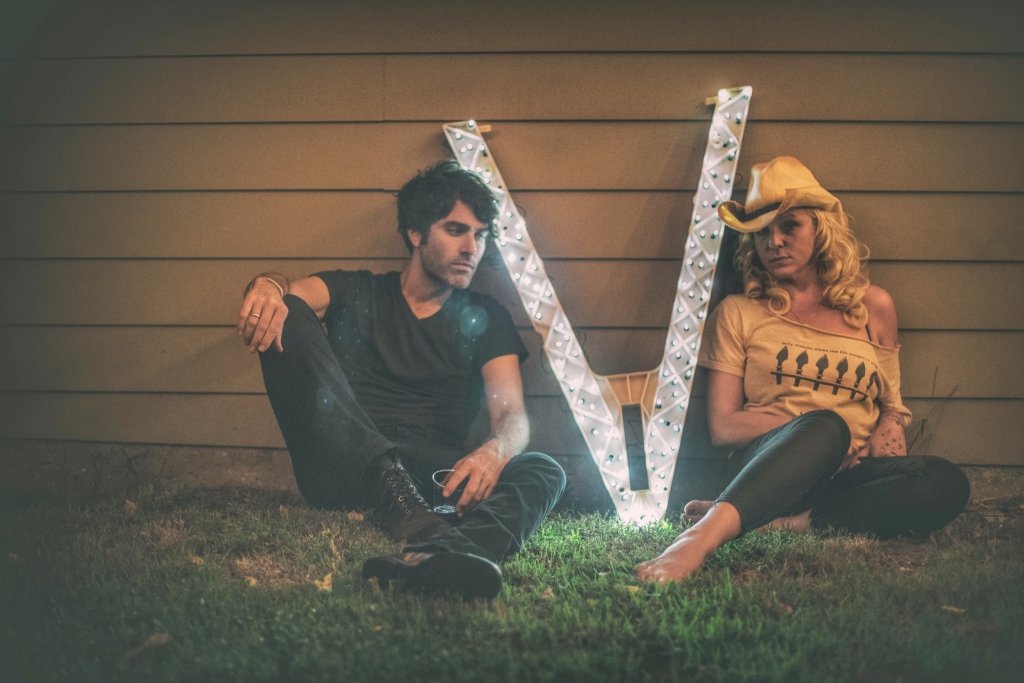 VANDAVEER is the song-singing, record-making, globetrotting project penned and put forth by Kentucky-based tunesmith Mark Charles Heidinger. With poignant, everyman narratives and striking, folk-based harmonies, Vandaveer loosely fall under the Americana umbrella, but the band regularly elbow their way into wider spaces with a kaleidoscopic assortment of sounds. Vandaveer shapeshift from stage to studio and back with a host of accomplished characters, most prominent among them Rose Guerin, offering up the loveliest harmonies heard this side of Eden.

Heidinger and Guerin sing like siblings, with preternatural push and pull. The two met in Washington, DC’s nascent folk scene in the mid-2000s. By the time Vandaveer’s solo debut, Grace & Speed (Gypsy Eyes Records), was released in 2007 Guerin was quickly becoming a more permanent fixture on stage with Heidinger. The arrival of 2009’s more polished Divide & Conquer (Supply & Demand Music / Alter K) established the group as a bona fide vocal duo. Frequent tours across the US and Europe, including stops at Glastonbury and various US festivals helped the band develop an international profile, and their cinematic sound found friendly footholds througout Europe, particularly in France.

In 2010 they self-released A Minor Spell, a stark, self-produced collection of highly personal tales following the birth of Heidinger’s first child. In 2011, the group released their 3rd full-length, the pyschedelic-tinged Dig Down Deep (Supply & Demand Music / Alter K), perhaps best described by The Line Best Of Fit as “a delicate collection of artfully crafted Americana that pulses with an honesty and elegance.”

A folk band at heart, the group turned their attention to the great American songbook with 2013’s gritty collection of traditional murder ballads, Oh, Willie, Please… (Quack Media). The lone single from the album, “Pretty Polly,” was accompanied by a grandiose, ghost-town funeral-procession video starring David Yow from The Jesus Lizard as the album namesake’s antagonist.

In 2015, after 1000+ tour dates and more than a decade in DC, Heidinger relocated to Louisville, effectively establishing Kentucky as Vandaveer’s de facto home.

These days the band is rounded out by a trio of gifted Kentuckians and long time collaborators—masterful multi-instrumentalists J. Tom Hnatow and Justin Craig on damn near every instrument under the sun and the mercurial Robby Cosenza on drums. It was with this unit that Vandaveer entered the studio once again to begin work on LP #5, their first for Sony/RED imprint WhiteSpace Records. What emerged—2016’s The Wild Mercury—is musical alchemy. These are songs fully realized; this is Vandaveer fully formed.

On October 21, Vandaveer will release the Love Is Melancholy EP, a compendium piece of sorts, featuring tracks written and recorded during The Wild Mercury studio sessions. For Vandaveer, the story and the storytelling continue—at once vibrant and overcast, tenuous and resolute, sun-kissed and lovelorn.